Preparations are now well underway for the start of the 2017 Special Olympics and we’re excited to support our own Mark Mason, who is competing with the Yorkshire & Humberside boccia team. Held every four years, the National Summer Games is the country’s largest multi-sports event for athletes with intellectual disabilities, and represents a huge opportunity for adults and children of all ages to come together and compete in the sport they love at a national level.

After being selected to represent the Yorkshire region, Mark and the other seven members of his team will join around 2,600 other athletes from across the country at Sheffield United FC for the opening ceremony on 7 August. Supported over four days of competition by 800 coaches, 750 volunteers, 150 officials and over 5,000 family and friends, the 10th anniversary event will take place across the city at a number of sporting venues.

Minster Law Administrative Assistant Mark, who has a form of autism, was first introduced to the unusual sport of boccia through his social worker, and 2017 marks his second outing at the Special Olympics.  This year he’s competing in the singles and doubles events and has been training for two hours every week in preparation.

Mark said: “Boccia is such a lot of fun and I particularly enjoy getting involved with the team and getting out and about. Minster Law has been a massive support in the lead up to the event – as well as enabling me to take time off work to compete, our Make a Difference team has donated £1,000 to the Special Olympics City of York, which will really help the organisers of the event.

“I’m really proud to say that I work for a company that invests in its employees like this and we’ll be aiming to repay this generosity by going for gold – our motto for the games is ‘go big or go home’!” 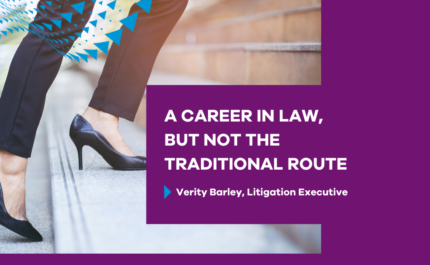 Paralegal and personal trainer: how both complement each other

Claire Jones, paralegal at Minster Law, shares how different aspects of being a paralegal and personal trainer can assist in...